The Wildlife of the Drakensberg

Posted 7 years ago ·  Tagged: drakensberg · Comments Off on The Wildlife of the Drakensberg 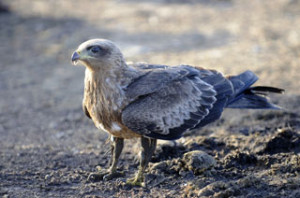 The Drakensberg Mountain Range is one of the most spectacular jewels of the country. It provides breath-taking vistas and is home to a stunning array of plant and animal life.

Escaping from the hustle and bustle of the city life and retreating to the quiet splendour of the mountains to one of the many Drakensburg hotel for a weekend or extended stay is a welcomed treat for locals as well as for visitors from around the world.

The wildlife of the Drakensberg is of particular interest to many visitors, who have a real passion for nature and the outdoors. This is, in fact, a major draw card to the region, contributing to local tourism quite significantly.

Bird watchers are richly rewarded in the Drakensberg. In fact, this region is home to almost 40% of all non-marine bird species in the whole of Southern Africa, with 299 recorded species calling this home. The Mountain Pipit is endemic to the high peaks of the Drakensberg, while six other species (the Bush Blackcap, Drakensberg Rockjumper, Yellow-breasted Pipit, Buff-streaked Chat, Drakensberg Siskin and Rudd’s Lark) are mainly found in this region. Significantly, the Cape Vulture and Lesser Kestrel, which are both endangered, are also found in these mountains, as is the Bald Ibis …

In the high peaks, there are a number of mammals that have the Drakensberg as their habitat. These include the klipspringer, eland and mountain reedbuck. Interestingly, these high slopes are also home to three endemic frog species (the Phofung River Frog, Drakensberg River Frog and the Maluti River Frog), and a number of interesting fish in the rivers.

The lower slopes of the mountain range have a different vegetation profile, and the climate is less severe than the higher altitude areas. This means that there is a very different selection of wildlife species than higher up. The very rare white rhino and the black wildebeest are two of the most exciting and significant species found here. Others include eland, reedbuck, oribi, grey rhebok and Chacma baboons.

The Forest Rain Frog is endemic to the lower slopes of the Drakensberg; while the Long-toed Tree Frog, Rough Rain Frog, Plaintive Rain Frog and Poynton’s Caco are found mainly in this area.

Due to the wealth of wildlife to be found in the Drakensberg Mountain Range, conservation is of utmost importance. Various initiatives are underway to educate the visitors and the local community as well as to fund various research projects. Part of the mountain range was declared a World Heritage Site by UNESCO in 2000.

It is the responsibility of visitors and locals alike to protect precious South African resources like the Drakensberg Mountain Range and the wildlife to which it is home.