Posted 7 years ago · Comments Off on Pretoria East 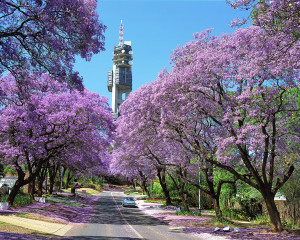 Every city has its dividing line. Normally it’s south and north of a river or railway line that becomes the distinction between the eligibility of any given suburb. In Pretoria, it’s more a case of a line of division between east and west.

East of Pretoria lie a collection of suburbs that include some of the city’s more upmarket communities like Waterkloof, Garsfontein, Faerie Glen and Lynnwood. For holiday-makers, finding accommodation in Pretoria (PTA) in one of these suburbs is recommended as they are close to all the “Jacaranda City” has to offer. Most of the more elite suburbs lie in a curve that forms a semi-circle around the centre of Pretoria moving out, and, whilst some of these have been abandoned by Pretoria city-dwellers for the more recent security estates END_OF_DOCUMENT_TOKEN_TO_BE_REPLACED