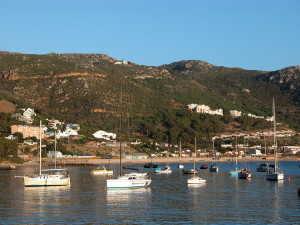 It also played a major role in the World Wars. However, it was only in 1957 that the harbour was handed over to South Africa. Today, it is still known as this country’s naval epicentre. Flanked by the blue shimmer of the ocean and the jade-coloured mountains so typical of the Western Cape, Simon’s Town and its harbour truly are magnificent. END_OF_DOCUMENT_TOKEN_TO_BE_REPLACED